One part of Tell Every Amazing Lady®’s mission is to aid in the advancement of scientific research for ovarian cancer. 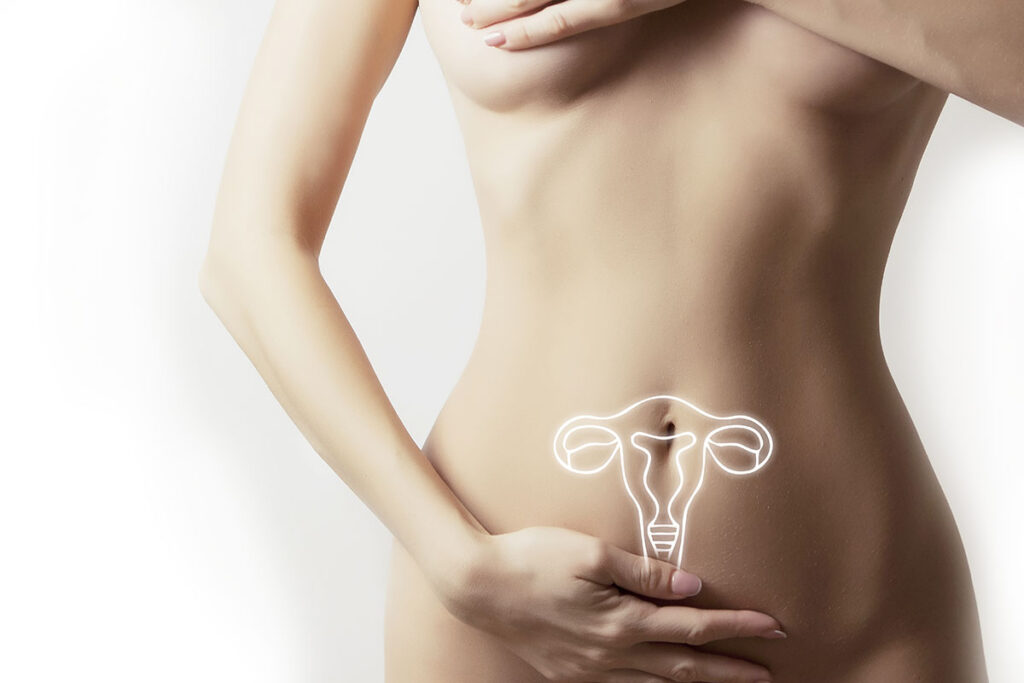 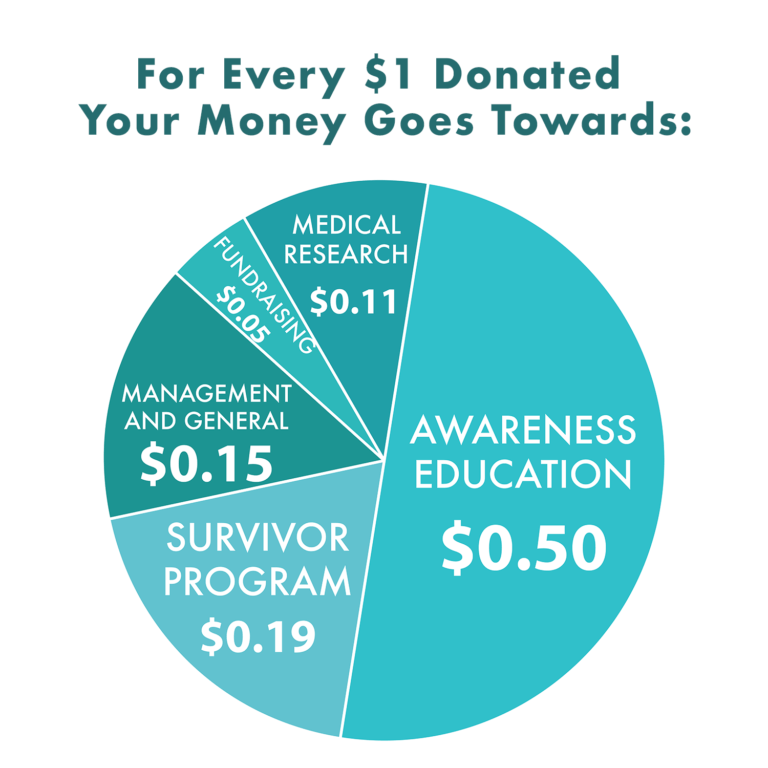 T.E.A.L.® has funded research at some of the countries most prestigious hospitals and institutions. View this interactive map to learn more.

All grant proposals submitted will receive a response in November.

APPLY TO BECOME A T.E.A.L.® BENEFICIARY

In 2019, Tell Every Amazing Lady® partially funded a study at Cedars Sinai Medical Center by Michelle Jones called “Combining Epidemioligic and Genetic Risk to Provide Accurate and Accessible Comprehensive Risk Prediction for the Prevention of Ovarian Cancer.” $14,000 was donated towards this work from T.E.A.L.®.

In 2015, T.E.A.L.® donated $30,000 to help fund a study led by Dr. John Martignetti at Icahn School of Medicine at Mount Sinai aimed at increasing survival and quality of life in women with ovarian cancer by developing new “personalized” biomarkers, replacing CA125 and CT scanning.

In 2013, T.E.A.L.® funded a $25,000 grant at Johns Hopkins School of Medicine for a study being conducted by Dr. Kara Long focusing on evaluating the increased risk of breast and ovarian cancers in women who do not test positive for the BRCA gene mutation.

In 2017, T.E.A.L.® funded a $10,000 grant at Johns Hopkins School of Medicine for a research study by Dr. Tian-Li Wang, Dr. Tom Pisanic, and Dr. Amanda Nickles Fader that focused on using a microfluidic DNA methylation assessment platform to identify HGSOC-specific alterations in DNA methylation and to assess their potential to provide sensitive and specific detection of HGSOC at its earliest stages.

In 2020, T.E.A.L.® donated $25,000 to help fund a grant at Johns Hopkins School of Medicine for a study led by Professor Tian-Li Wang, focusing on identifying the methlyomic landscape of pre-malignant lesions in high-risk women for early detection of ovarian cancer, called “Methlyomic Landscapes of Ovarian Cancer Precursor Lesions.” Partial funding of this grant was made possible by donations to the Jane Fund.

In 2014, T.E.A.L.® donated $30,000 to support a study at Massachusetts General Hospital by Dr. Michael Birrer, who is researching a molecular signature that differentiates early stage ovarian cancers that result in recurrence after surgery, from those that are completely cured by surgery.

In 2014, T.E.A.L.® funded a $20,000 study at Memorial Sloan Kettering Cancer Center headed by Dr. Nadeem Abu-Rustum on the mutation landscapes of invasive mucinous ovarian carcinomas, with the goal of identifying key mutations that drive these tumors and how to tailor systemic therapies to improve outcomes.”

In 2016, T.E.A.L.® partially funded a study at the Ovarian Cancer Institute Laboratory at Georgia Institute of Technology that is working to validate a metabolic diagnostic test for Ovarian Cancer. $10,000 was donated towards this work from T.E.A.L.®.

In 2018, T.E.A.L.® funded a $25,000 study conducted by Dr. John McDonald at the Ovarian Cancer Institute focused on validating an early diagnostic test that use omic-level analyses combined with machine learning algorithms, with the long-term goal of clinical implementation of highly accurate metabolomic-based biomarkers to detect early stage serous ovarian cancer (and to distinguish between less aggressive and highly aggressive) sub-classes of the disease. 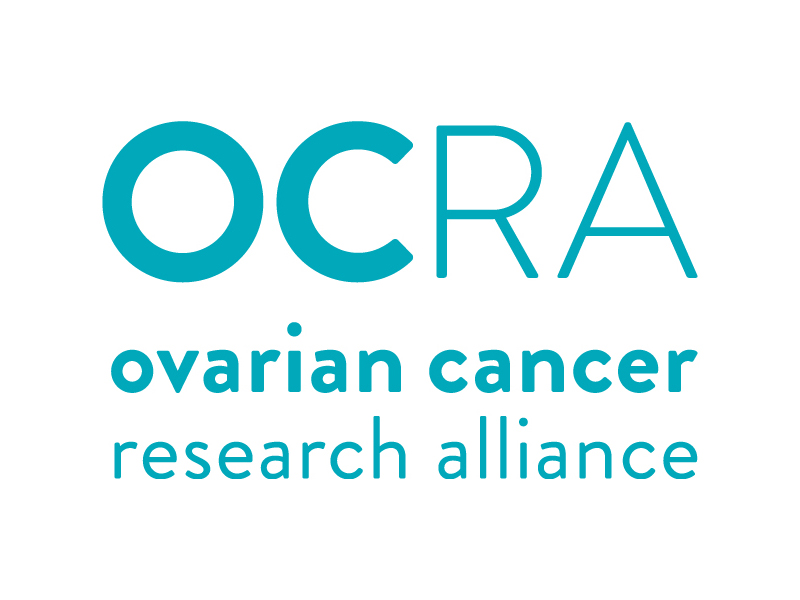 Stand Up To Cancer’s Ovarian Cancer Dream Team through OCNA

University of Illinois at Chicago

In 2015, T.E.A.L.® funded a $20,000 research study at University of Illinois at Chicago led by Joanna Burdette that is working to test the hypothesis that loss of Pax2 protein contributes to tumor initiation and that re-expression in HGSC will induce cell death, therefore reversing or stopping cancer progression.

In 2016, T.E.A.L.® funded a $20,000 research study at University of Illinois at Chicago by Joanna Burdette that studied the effects of the loss of tumor suppressor PTEN in the fallopian tube epithelium (FTE). Loss of PTEN increased cell migration and invasion, and upregulated WNT4, which is an important regulator of Müllerian duct development. The findings of this study “provide a novel model to study the mechanism of fallopian tube tumor initiation and invasion to the ovary mediated by loss of PTEN, which may help to define early events of human ovarian carcinogenesis.”

In 2017, T.E.A.L.® funded a $35,000 research study at the University of Illinois at Chicago headed by Maria Barbolina that studies metastases caused by Epithelial Ovarian Carcinoma. The aim of this study is to test a new combination of drugs to prevent formation of metastatic lesions, reduce growth of metastatic tumors, and extend lives. 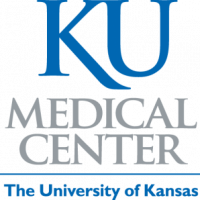 In 2016, T.E.A.L.® donated $32,500 to partially fund a study by Rebecca Wates at the University of Kansas Cancer Center called Inhibiting Essential Functions of Cells to Treat Ovarian Cancer, which focuses on identifying drugs that can inhibit proteins involved in cell division in order to treat ovarian cancer.

In 2019, Tell Every Amazing Lady® fully funded a study at the University of Notre Dame by Rebecca Whelan called Characterizing CA125-antibody interactions using proteomics. Learn more about this study here. $25,000 was donated towards this work from T.E.A.L.®. Funds for this study were made possible by donations to the T.E.A.L.® Jane Fund.

In 2014, T.E.A.L.® helped fund studies at University of Pennsylvania School of Veterinary Medicine training dogs to perform odor detection in human samples from patients with both malignant and benign ovarian cancer. It achieved 90% accuracy in identifying cancer plasma vs. normal. $5,000 was donated towards this work from T.E.A.L.®.

In 2021, T.E.A.L.® partially funded the study “Novel targeted therapy for treating chemotherapy resistant ovarian cancer,” led by assistant professor Suryavathi Viswanadhapalli at University of Texas Health San Antonio. The goal of the pilot research is to test the utility of adding a novel targeted therapy to overcome chemotherapy resistance in ovarian cancer. Funding of this grant was made possible by donations to the Jane Fund. 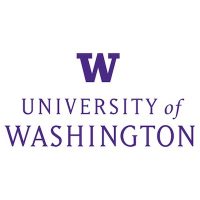 In 2012 and 2013, T.E.A.L.® funded a research grant totaling $40,000 to help support a two-and-a-half year study headed by Dr. Barbara Goff at the University of Washington to evaluate the effectiveness of a triple screen using CA125, HE4 and Symptom Index markers to predict ovarian cancer in women with a pelvic mass.

In 2015, T.E.A.L.® donated $10,000 to Yeshiva University for a medical research study led by Susan Klugman & Nicole Schreiber-Agus for a BRCA Screening Program for Jewish Genetic Health, with the goal of identifying new BRCA mutation carriers in the “low risk” group, who otherwise would have gone undetected.

In 2009, T.E.A.L.® gave OCRF $50,000 to fund research by Dr. Tsz-Lun Yeung at the University of Texas MD Anderson Cancer Center to research the role of ELF3, a protein that is not properly regulated in ovarian cancer cells.

In 2010, T.E.A.L.® gave OCRF $55,000 to fund research by Dr. Lin Zhang at the University of Pennsylvania School of Medicine to study a microRNA called let-7, which has been shown to be a promising therapeutic target.

In 2011, T.E.A.L.® gave OCRF $75,000 to fund research by Dr. See-Hyong Park at the Stanford University School of Medicine to research the combination of Bepridil, a small molecule drug, with Olaparib, a PARP inhibitor, to treat ovarian cancer that remains unresponsive to PARP inhibitors.

In 2012, T.E.A.L.® donated $55,000 to support an OCRF research grant at John Hopkins University School of Medicine guided by Bin Guan to study the function of the tumor suppressor ARID1A and its role in tumor suppression.

In 2013, T.E.A.L.® donated $25,000 to support an OCRF research grant at the Dana-Farber Cancer Institute for Dr. Joyce Liu’s research to investigate the molecule ErbB3 as a novel therapeutic target, search for markers that can identify specific types of ovarian cancer that are most vulnerable to blocking ErbB3 activity, and explore other molecules that may work alongside ErRB3 to support ovarian cancer growth and survival.

In 2014, T.E.A.L.® donated $30,000 to help fund a study at Weill Medical College of Cornell University led by Juan Cubillos-Ruiz to study ER Stress Sensor XBP1 as a key regulator of ovarian cancer immunity, with the goal of helping to uncover new immune-based treatments against this disease.

In 2015, T.E.A.L.® gave OCRF $20,000 to fund research by Dr. Jessica Chacon at the University of Pennsylvania. This study investigates the inhibitory properties of CD137+TIL, a subset of tumor-infiltrating lymphocytes (TIL), which contain properties that can destroy cancer cells.

Following the merger between OCRF and OCNA in 2016, T.E.A.L.® gave OCRFA $7,500 to continue partially funding the research study by Dr. Jessica Chacon at the University of Pennsylvania that T.E.A.L.® previously funded in 2015.

In 2017, T.E.A.L.® awarded OCRFA $20,000 to fund research by Dr. Venkatesh Krishnan of Stanford University. This project, called Role of CCL15/CCR1 Axis in Ovarian Cancer Colonization of Omentum, investigates how the omental microenvironment contributes to the development of high-grade serous carcinoma (HGSC).

In 2018, since T.E.A.L.® is a Community Partner of OCRA, T.E.A.L.® became a Collaborative Partner in Science in collaboration with other organizations to fund a research study by Dr. Kristin Anderson at Fred Hutchinson Cancer Center with the goal of boosting antitumor immune reponses by overcoming tumor properties that prevent antitumor T cell efficacy.

In 2019, as a continued Community Partner of OCRA, T.E.A.L.® contributed $5,000 to be a Collaborative Partner in Science to collaborate with other organizations to fund a research study by Dr. David Chapel at Brigham and Women’s Hospital in Boston, MA, with the goal of studying the hypothesis that pre-cancerous cells may also travel from the endometrium to the abdominal cavity, where they may then develop into high grade serous ovarian cancer.

In 2020, as a continued Community Partner of OCRA, T.E.A.L.® contributed $4,000 to be a Collaborative Partner in Science to collaborate with other organizations to fund a research study by Dr Anne Van Harten at Thomas Jefferson University with the goal of studying the high-grade serous ovarian cancer cells’ susceptibility to a new treatment approach.

In 2021, as a continued Community Partner of OCRA, T.E.A.L.® contributed $1,500 to be a Collaborative Partner in Science to collaborate with other organizations to fund a research study.

Partners in Awareness and Education

In 2011, the Foundation for Women’s Cancer, formerly known as Gynecologic Cancer Foundation,  received $5,000 from T.E.A.L.® to provide ovarian cancer awareness through its programs.

In 2012, Tell Every Amazing Lady® became a $5,000 sponsor to help fund an ovarian cancer survivor course in New York City.

In 2015, T.E.A.L.® donated $5,000 to support Share’s Ovarian Cancer Helpline, where callers have the opportunity to speak with a cancer survivor or caregiver to answer questions, discuss treatment options, and aid in making informed decisions. Callers are connected with a peer whose situation is similar to their own, or someone to simply listen.

In 2017, Share received a $5,000 donation from T.E.A.L.® in support of Share’s Ovarian Cancer Helpline. This helpline allows callers to speak with cancer survivors or caregivers to answer any questions they may have, including questions about treatment options. Yet another amazing resource T.E.A.L.® is glad to continue to support and be a part of.