(in her own words) 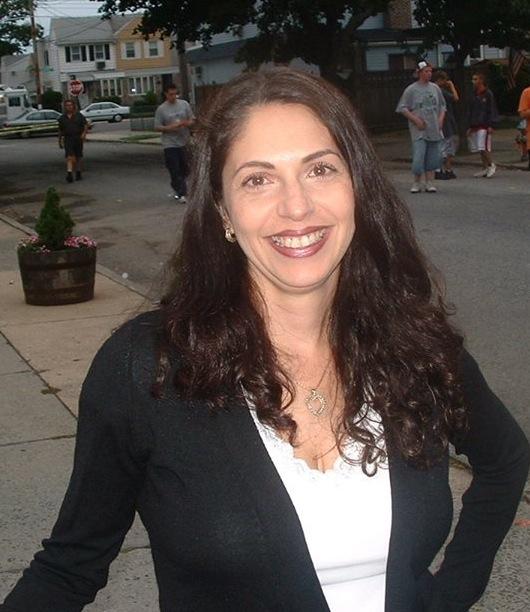 My name is Louisa McGregor. I was diagnosed with Ovarian Cancer on Friday, April 27, 2007, which changed my life and the lives of all those around me forever.

All I knew about this type of cancer was that it was one of the deadliest cancers, and that once diagnosed the prognosis was not good. I was diagnosed with stage 2C epithelial carcinoma (tumors that arise from cells that line or cover the ovary) high-grade cell (aggressive). I was 41 years old. I now know why prognosis and survival of this cancer is so poor. It is because doctors do not have all the knowledge, understanding and tools to help with early detection, which all comes down to lack of funding for research.

During my college years, I had a cyst on one of my ovaries which burst causing me a lot of pain.  My husband and I have 2 children, a boy and a girl. In May 2004, I had unbearable pain and that also was caused by a cyst on my ovary. One month later, results of a sonogram showed a fluid filled mass in my cul de sac. It was the size of a hotdog bun. My blood work showed my tumor marker numbers were elevated. After consulting with 7 different doctors, I finally found a surgical gynecologist oncologist.

So in July 2004, I had a laparoscopy to remove the small mass on my right ovary as well as the fluid-filled mass. Endometriosis was also found and that was cleared out. I was only 38 years old at the time and the doctor did not want to remove my ovaries because I was still young. I was monitored by my gynecological oncologist every three months, and then every six months, because the endometriosis can grow back. I went for a few transvaginal ultrasounds over the next few years. One time it showed that I had Pelvic Congestion Syndrome, which is like varicose veins on the inside of the pelvic cavity. I also had a base line bone density test which showed the beginnings of osteoporosis, called osteopenia. I realize that family history is very important. After researching my own family, my mother had an ovary removed at age 38 and had a hysterectomy at age 48, but no cancer. My father’s grandmother and aunt had hysterectomies at age 42, but do not know why. 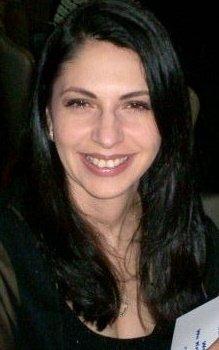 In October 2006, I went to my GYN oncologist and told her about a dull pain on my left side that I was having on and off. She told me to get a transvaginal ultrasound. But I never did have it done at that time. Five months later in March 2007, I had the transvaginal ultrasound. On Sunday, April 7, 2007, I did not feel well after I ate dinner. I felt like I had a balloon inside of me, and it was filling with air. The next day I called my GYN oncologist & she said it looked like I had an endometrioma and it had to come out.

I went back to her on April 19, and I scheduled the surgery. I was having pelvic pain all the time. I had to have medical clearance for my upcoming surgery from my medical doctor and he said it was an inflamed stomach. This is why you need to make sure you see a Gynecologist or preferably a Gynecologist Oncologist as well because you can get symptoms that mask themselves as gastrointestinal problems. My CA 125 blood test came back elevated. Three years ago it was 55. Now it was 286. The normal range is 0 to 30. During this time I had been researching all the information about Ovarian Cancer symptoms.

I was in the hospital until May 15th due to complications after surgery. While in the hospital, I told everyone that I would participate in one of those walks for cancer that you hear about in New York City. I planned to walk for Ovarian Cancer when I was finished with my chemotherapy treatment.

I was finally able to go home and my health insurance covered only two visits from a social worker. He told me about Cancer Care, which is an organization that was able to give me counseling over the telephone. This was great for me, since I was so weak from surgery, I could never make it to a therapist’s office. So once a week I would speak to someone from Cancer Care while I recovered. She helped me to deal with my cancer so that I could help my family deal with it too. I also had a physical therapist visit a few times a week, and a home health aide that would come everyday. 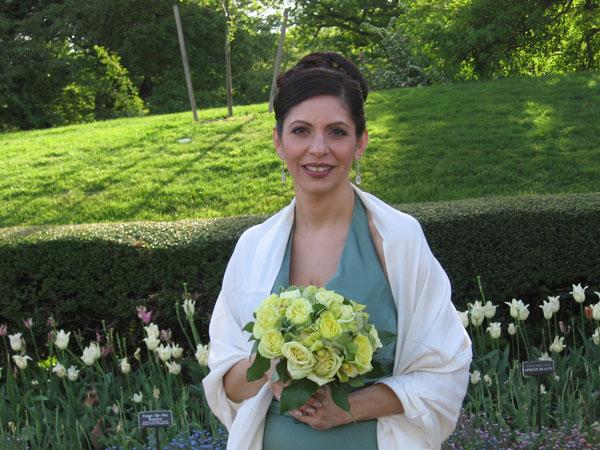 I had the following: 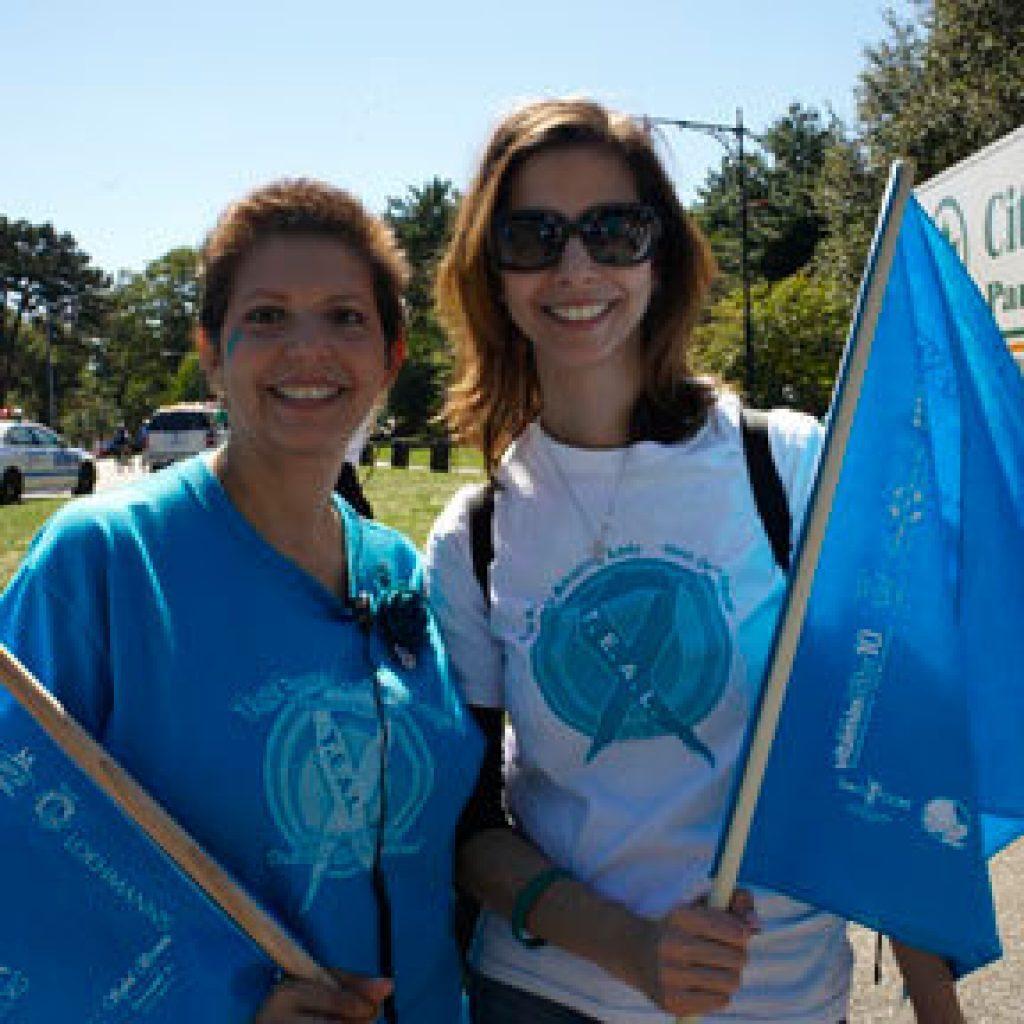 During this recovery time I researched about my ovarian cancer as much as possible. It was like I was back in school, studying and memorizing for a test only this time it was for my life. I needed to be knowledgeable so that I could ask my doctors the right questions and know all the options before they would tell me. KNOWLEDGE IS POWER! This was my way of staying in control of something, since my whole life seemed out of control.

I found many Ovarian Cancer organizations, but why had I never heard of them until now?

I made calls to some organizations looking for an Ovarian Cancer walk/run in New York City. I was told repeatedly New York City does NOT have one. I was extremely shocked, appalled, angry and disappointed that New York City, the capital of the world, did not hold a run/walk supporting Ovarian Cancer. I told everyone that I would make my own walk for all of New York City and beyond, as soon as I was finished with my treatment. I felt strongly that money should be raised for Ovarian Cancer Research and that all women needed to be told about the signs and symptoms. I figured I could have my walk in September 2009. I did not have the time or energy to put it together for 2008, so it would have to wait.

I had very long hair, which I had been growing so that I could donate it to make wigs for children with cancer. Ironically, I was diagnosed with ovarian cancer. I was able to donate 12 inches of my hair. I started my first round of Chemotherapy Treatment on June 6, 2007. Once I started Chemotherapy, I put on weight because of the use of steroids and the chemo combined. I had 6 rounds of double chemo for my first line treatment. After that, my PET scan showed a hot spot. In November, I had a second look surgery because I wanted the IP (Intraperitoneal Therapy) tubing implanted into my abdominal cavity. Now I was on second line, with two new chemos. My cancer status was called reoccurrence. Oh, how I hate the word reoccurrence! After 4 treatments I had a scan; it showed that this new double chemo was not working. I started a third line of a single chemo drug in beginning of 2008. My hair grew back in. I learned that this chemo too had failed. It was terrible news. But I had to pick myself up and keep moving forward. In August 2008, I began my fourth line of treatment. I was given a chemotherapy treatment along with a targeted drug. When out of the blue, my sister Pamela approached me with a Parks Department application for a permit to hold a walk/run. We both understood that an event like this would help save lives.

I had another PET scan in November to see if this new combination of drugs were doing their job. YES! It appeared that most of the cancer was gone and there were only a few hot spots remaining. I had four more rounds. My last treatment was December 30, 2008. I looked forward to a new year and a new healthy beginning.

January 2009, I had minor surgery to remove the IP Therapy tubing. On February 6, I had another PET scan and a few days later my results stated NED (NO EVIDENCE OF DISEASE), which meant no cancer was present anywhere in my body.

Unfortunately, my remission was very short lived.  May 2009, I had a routine Pet/Ct scan which showed that the cancer had returned in two places.  My Ca125 tumor marker tests numbers were also rising which was not a good sign.  I developed a low platelet problem (ITP), which could have been caused by a post viral infection, due to my compromised immune system.  I was not able to have surgery or chemo until the platelet problem was under control.  Finally, July 17, 2009, I had surgery again, which is really not so common to have at this stage of the game.  I sought the opinions of many doctors, all who agreed that to have this surgery was reasonable in my case. My surgeon started with a laparoscopy to make sure the cancer had not spread and that everything looked fine to proceed with another laparotomy.  I had a small tumor removed and my left side pelvic wall.

Everything went very well and I am currently recovering from this major surgery and planning my next rounds of chemo with my oncologist.

I am not the type of person to sit still or lay down to die. So the more I researched, learned and understood about this chronic disease, the more determined I have become to survive and make a difference in other women’s lives. I am driven to educate, promote early detection, and promote prevention and awareness to all women regarding this disease. KNOWLEDGE IS POWER!

I invite you to participate in the T.E.A.L.® Walk every year to raise awareness and funds to help fight ovarian cancer. Come walk for your mother, grandmother, daughter, sister, wife, friend or any special woman in your life. COME MAKE SOME NOISE AND BE HEARD IN BROOKLYN, NEW YORK!!!!!

Louisa continued her treatment which included chemo, radiation, surgeries, a port that was implanted and later removed, and many side effects that came with each treatment including blood transfusions. She always held her head up high and found strength through it all even giving interviews and receiving awards for her selfless work in her hospital bed. 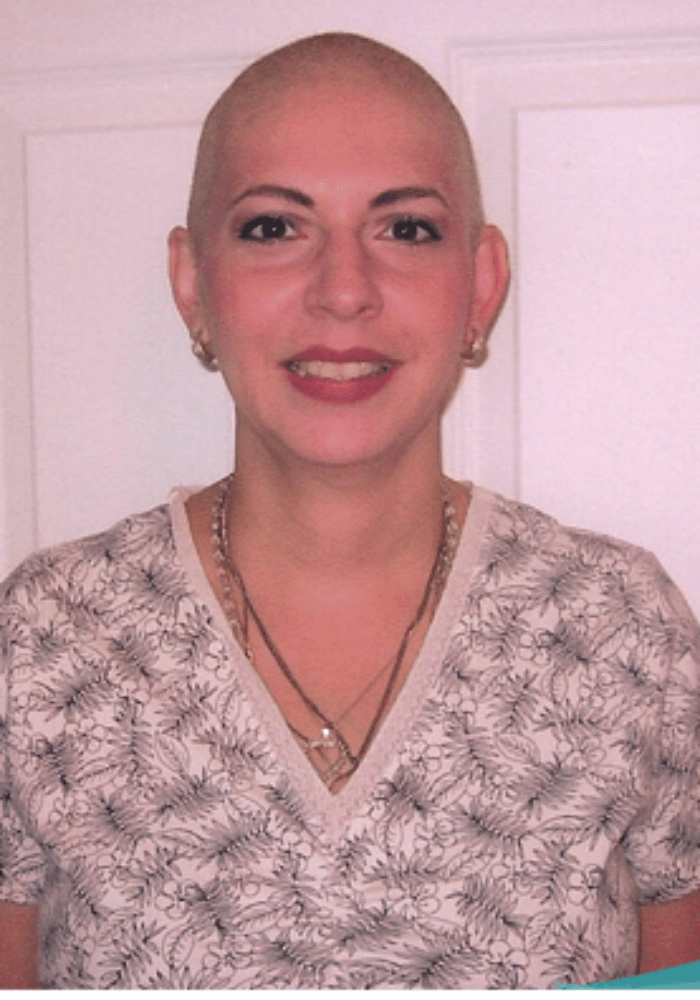 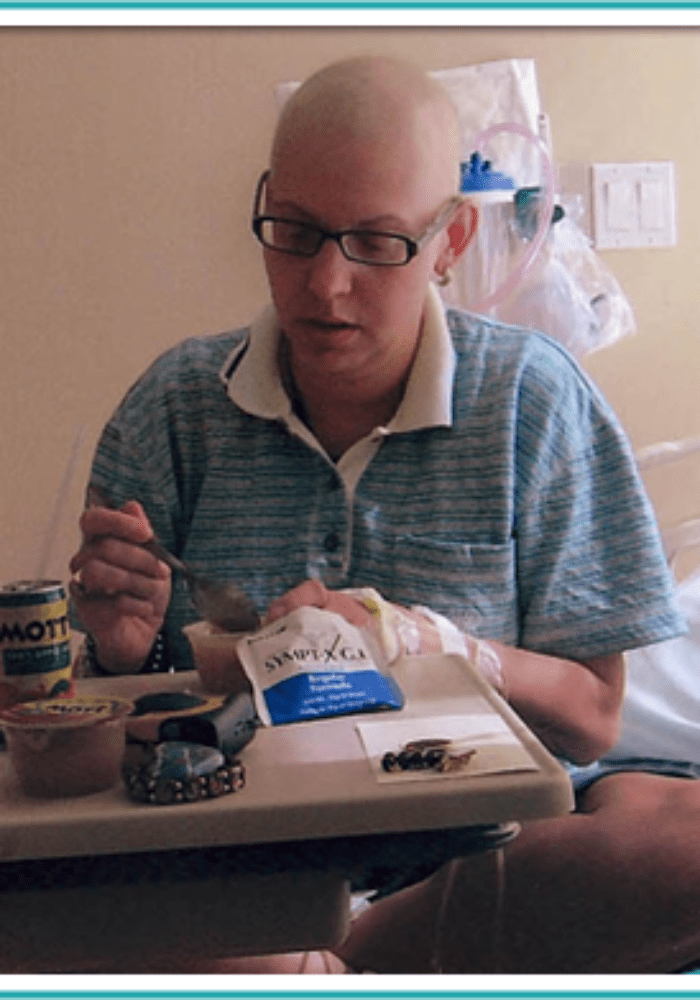 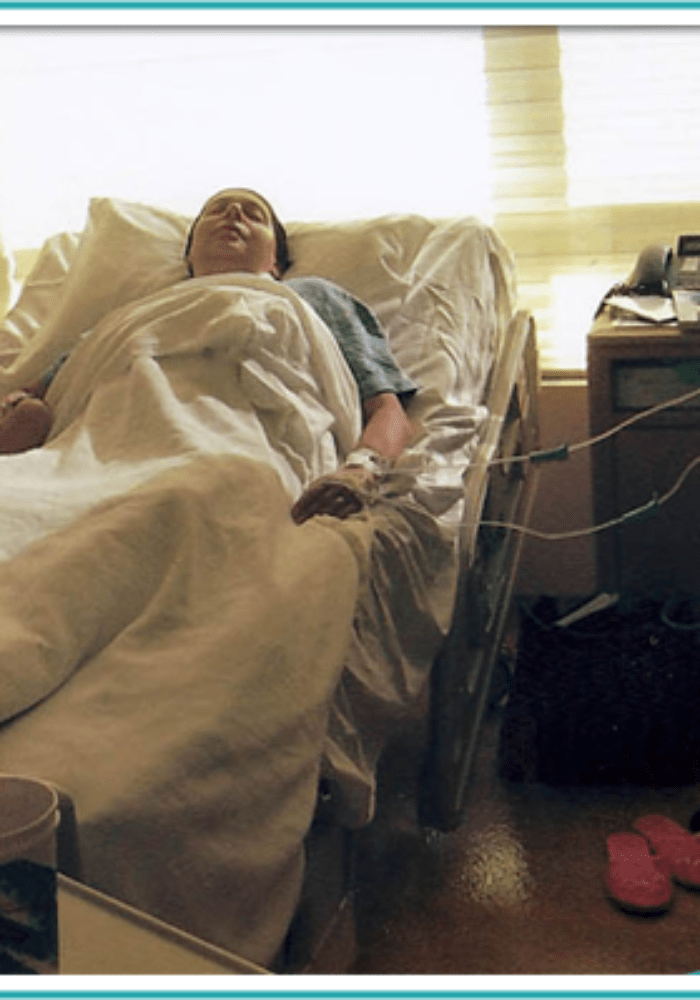 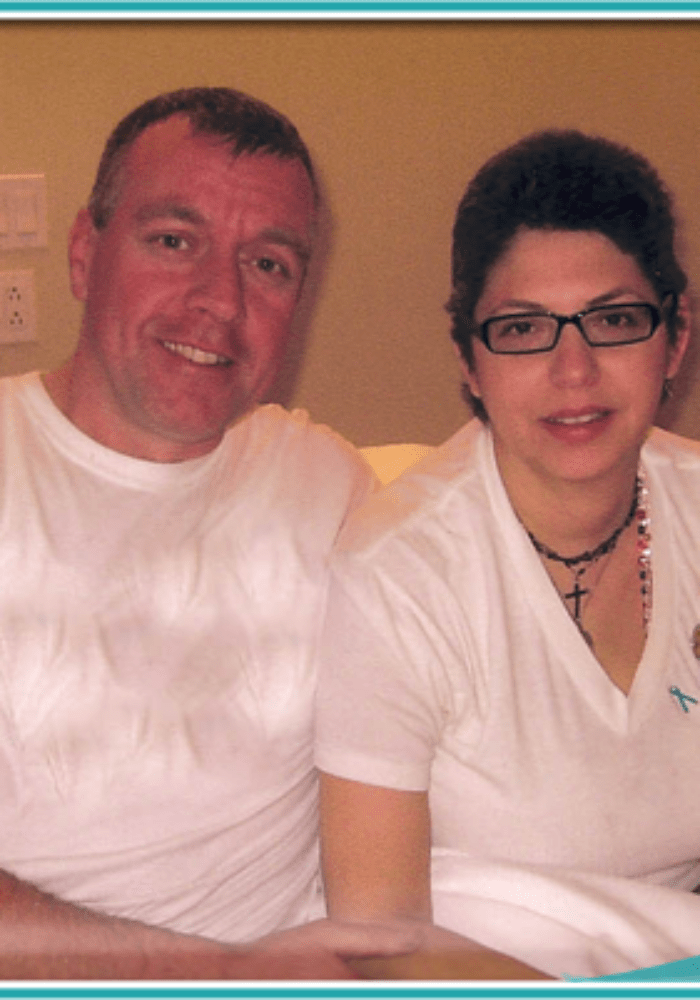 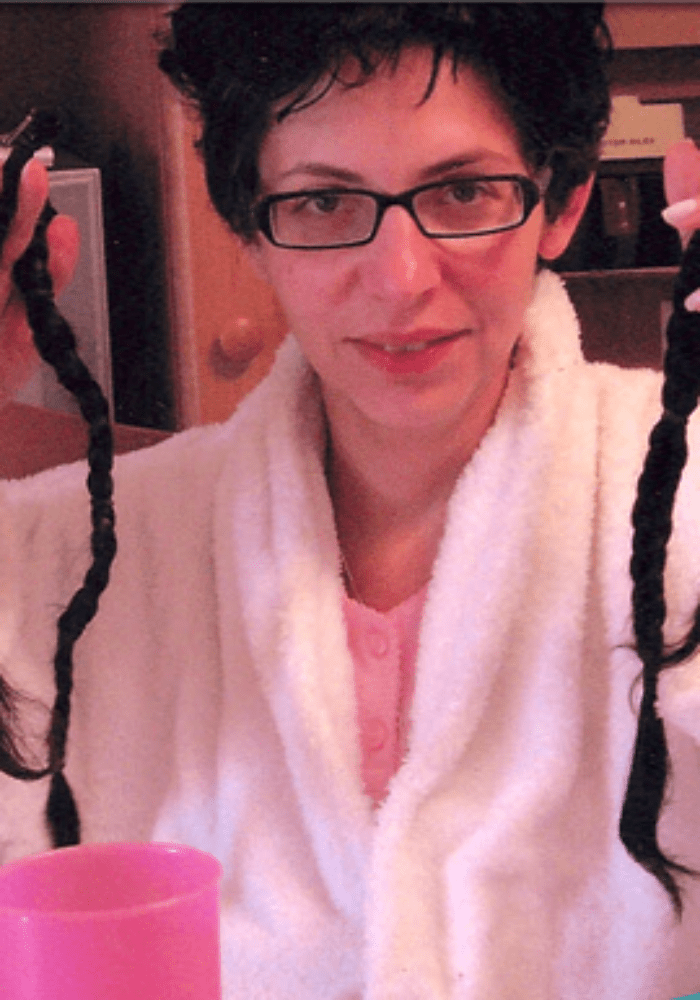 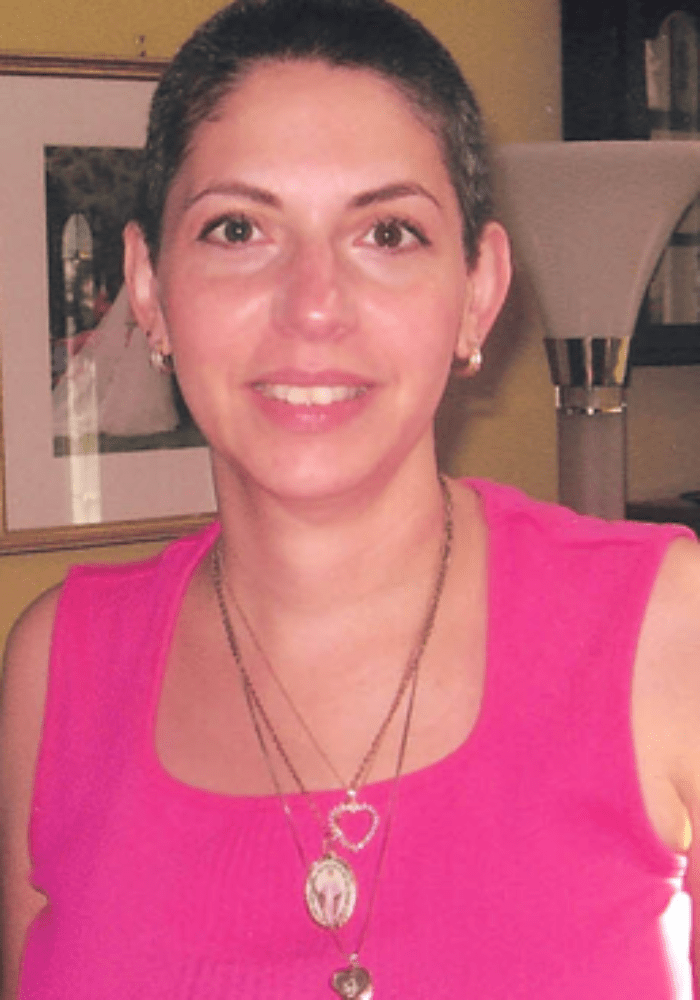