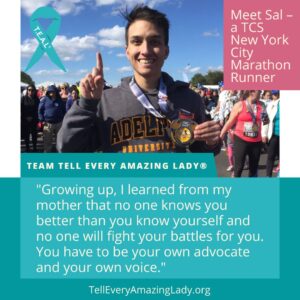 I have known about T.E.A.L.® since it began. My mother was childhood best-friends with Louisa. They attended elementary school together and remained friends always. I heard many stories growing up about their adventures: the first time they ate McDonalds on the way to Roller Palace, the night of the Shawn Cassidy concert and the biggest one, the night they met Scott Baio. They lost touch for a while, but still remained friendly. My parents moved us to Long Island but Louisa and my mom still kept in touch through letters and Christmas cards. When my mother received a letter from Louisa saying she was sick, they had a “reunion” and rekindled their friendship. I met Louisa and my brother and I became friendly with her son Spencer.  Spencer even came with me and my brother to a Blink-182 concert at Jones Beach. Therefore, once I knew I was going to run for a charitable cause, T.E.A.L.® was my first choice.

I have many goals for the TCS New York City Marathon, but to keep my goals short, I would like to raise as much awareness as possible for T.E.A.L.®, by spreading the word to family, friends, coworkers and representing T.E.A.L.® the day of the marathon. I also have set personal goals to not only get myself back into the shape I was in prior to the pandemic, but to accomplish my personal best marathon time.

There are many things that I love about running, but mainly to me it is a time that I can completely clear my head and be competitive with myself. I don’t think about any outside stress, it is simply me against the road and trying to be better than I was yesterday.

If I could change one thing related to ovarian cancer, it would be testing. If there was a way that all women could get tested, similar to a mammogram, I think that would be a changing point for fighting this disease.

Growing up, I learned from my mother that no one knows you better than you know yourself and no one will fight your battles for you. You have to be your own advocate and your own voice.  If you know something is wrong or feel that something is not quite right, speak to your doctor. Ask the questions and demand answers.

My mother always talks about how strong Louisa was during her battle and was in awe of her grit and determination. I think this is the lesson every woman should learn. You are worth the fight and we know you can do it!

You can help Sal reach his fundraising goal for the TCS New York City Marathon here. All donations go to Tell Every Amazing Lady® and help with the fight against ovarian cancer. 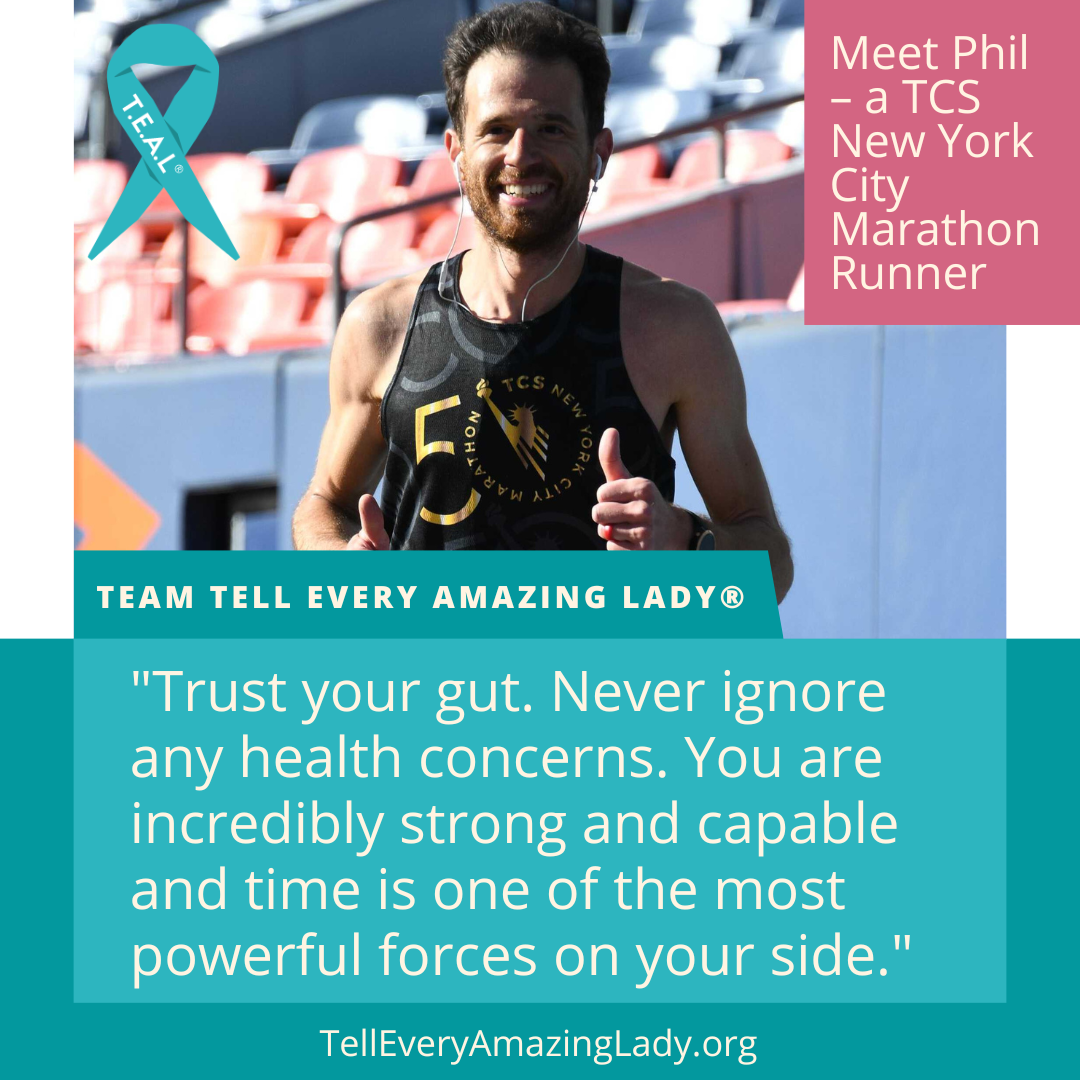 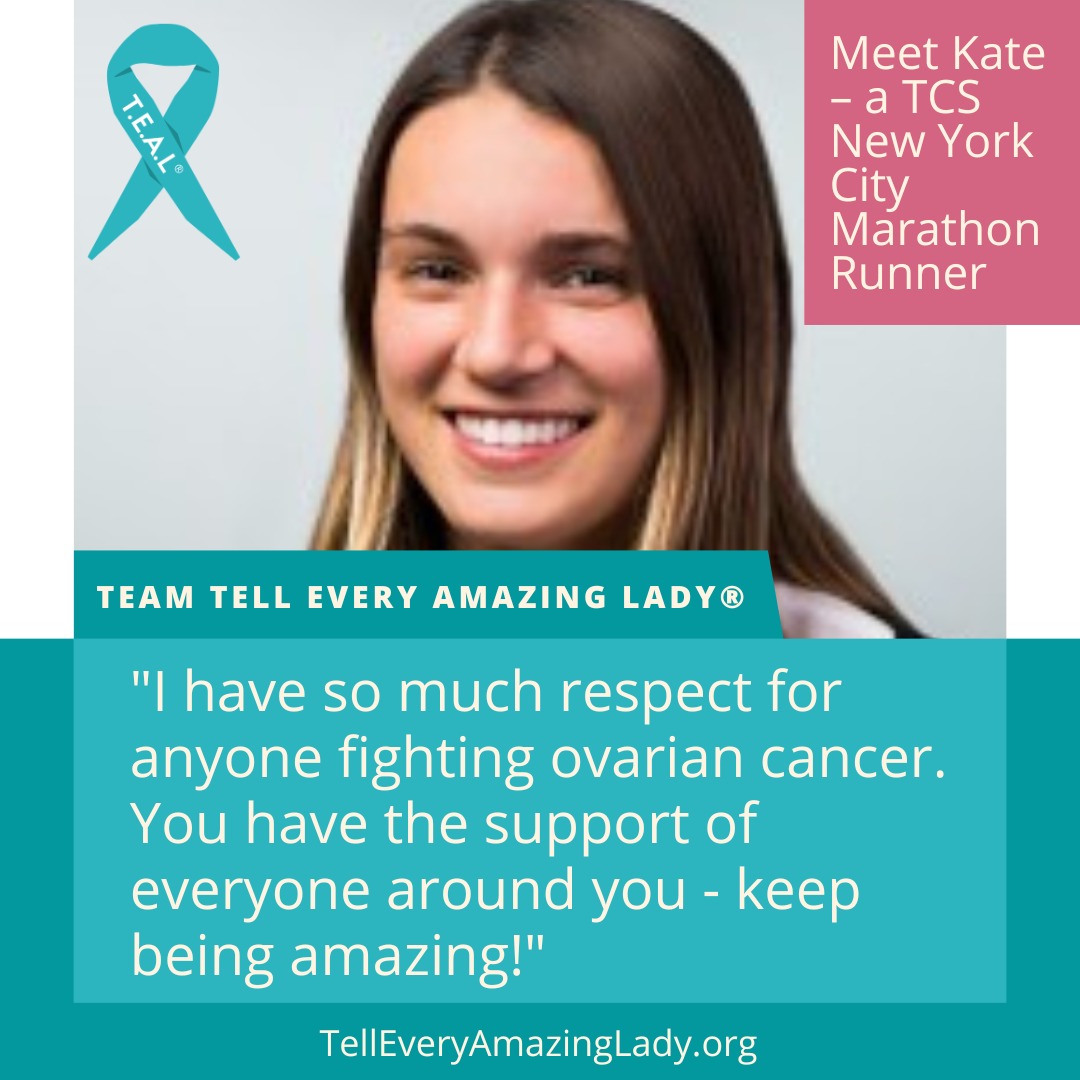 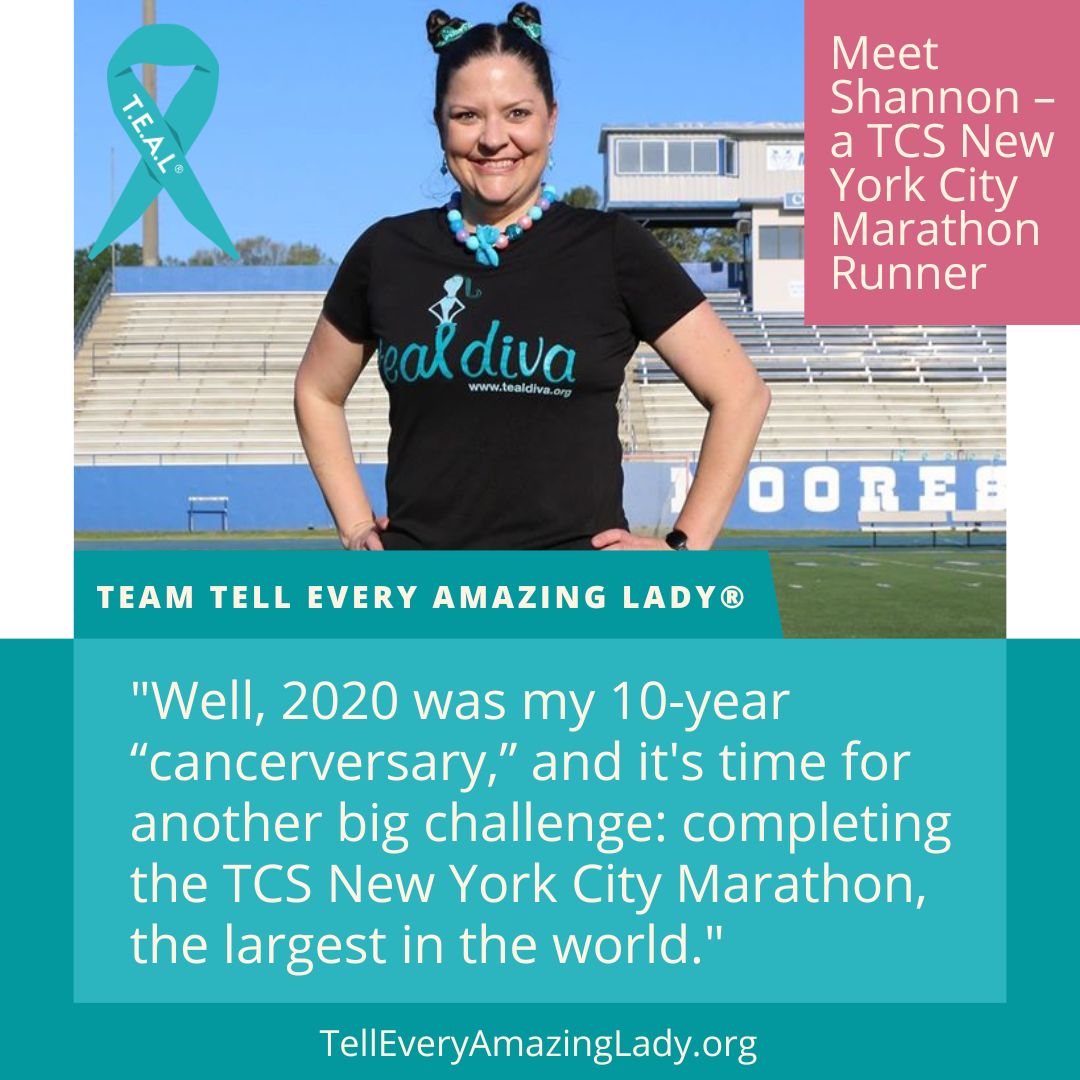 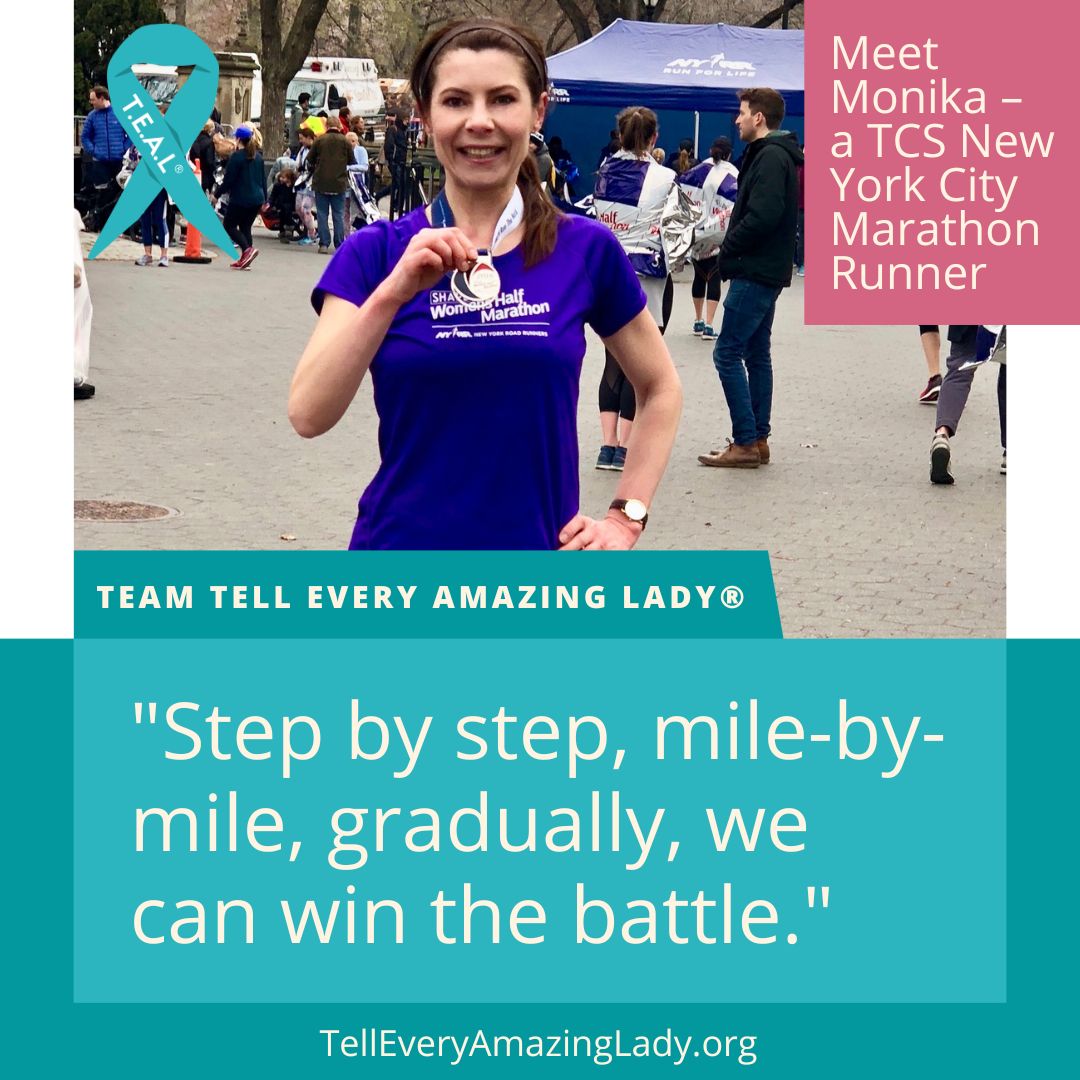 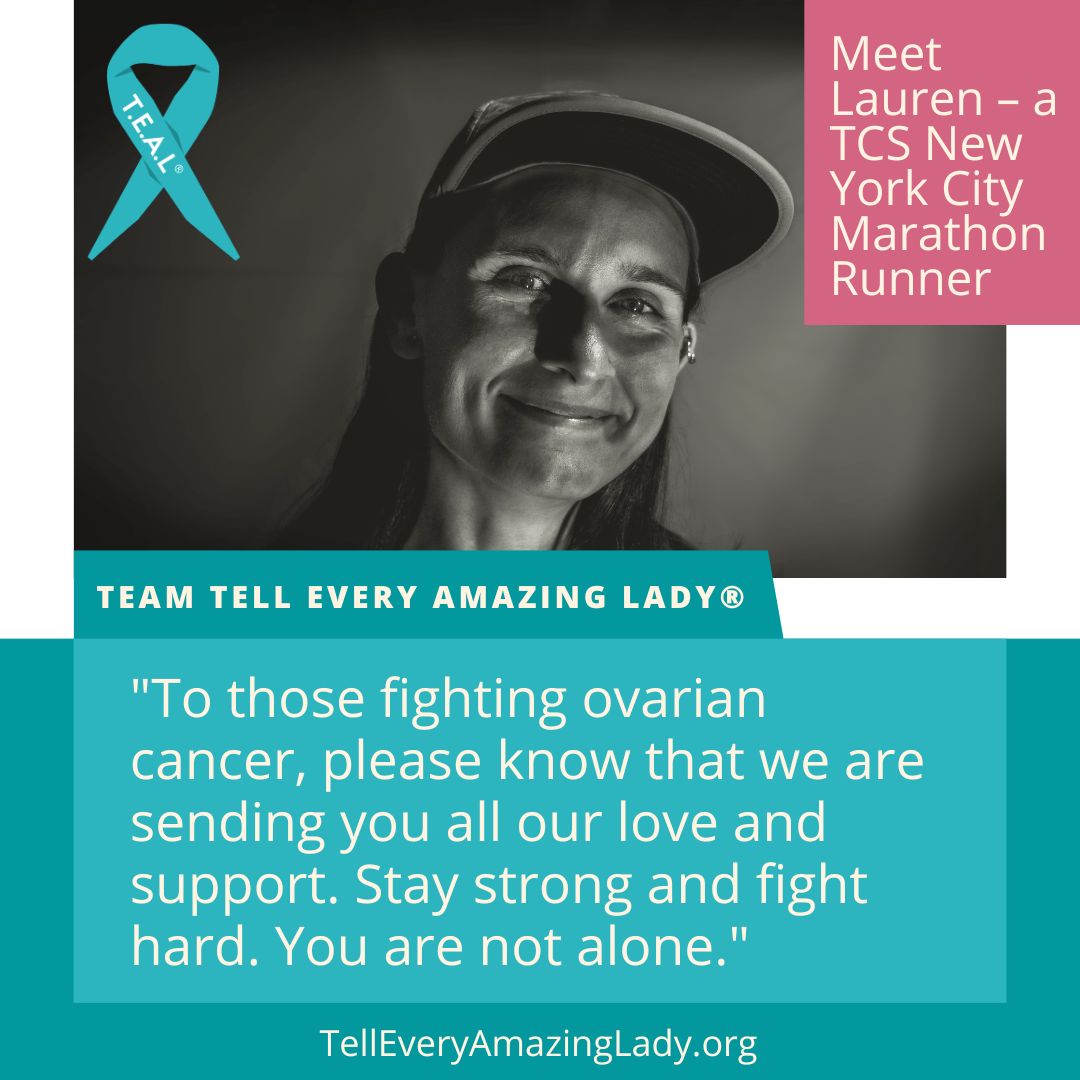