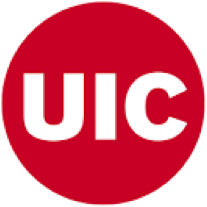 Tell Every Amazing Lady® has funded research at some of the country’s most prestigious hospitals and institutions. For 2022, we are proud to announce partial funding of the study “Increased Local Testosterone Levels Regulates Fallopian Tube Function and Tumorigenic Properties,” led by Research Assistant Professor Angela Russo at the University of Illinois Chicago.

The goal of the research is to determine the role of increased androgen on early ovarian tumorigenesis from fallopian tube epithelium (FTE). Androgens play a critical role in the physiology of the female reproductive system and act on ovarian function by modulating follicles’ development, growth, and survival. Androgens also play a role in the loss of ciliated cells in the FTE, which is considered an early event in ovarian cancer formation.

This study aims to identify the signaling events that characterize early tumorigenesis from primary human FTE upon androgen and ovulation factors, providing new strategies for prevention by blocking those events, as well as potentially uncovering novel biomarkers of early tumorigenesis.

Partial funding of this grant was made possible by donations to the Jane Fund.